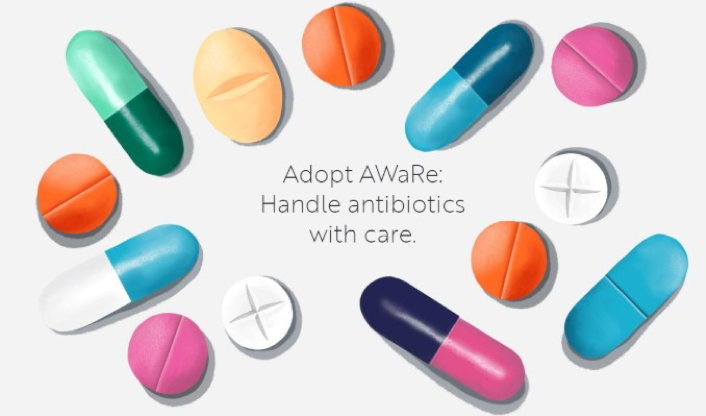 The slogan of the Oms-Fao-Oie campaign: “The future of antibiotics depends on us”

For tuberculosis, about 3.3% of patients with tuberculosis were resistant to more drugs and the percentage is higher among people previously treated for tuberculosis, at 20 percent. For HIV, about 7% of people who started antiretroviral therapy (ART) in developing countries had drug-resistant HIV in developed countries, the same figure is 10-20% and some countries have recently reported levels equal to or greater than 15% among those starting treatment for HIV and up to 40% among people starting treatment again.

The Oms-Fao and Oie 2019 campaign is in collaboration with UNEP and other partners are working to produce a global management framework. At national level, technical support is provided to establish and strengthen management programs to optimize the use of antimicrobials in human health and in managing the excessive use and abuse of antimicrobials.

In October, the WHO presented materials for health workers’ education on antimicrobial resistance, targeting a wide range of health professionals including prescribers, non-prescribers, public health officials and service managers.

The first WHO report on surveillance of antibiotic use was published in November 2018. It presents data from 65 countries. The report describes the methodology for data collection and highlights the challenges in monitoring antimicrobial consumption.

The WHO has also made available new tools for surveys on the use of antibiotics in hospitals and additional country support in surveillance of antibiotic use and consumption and continues to monitor the clinical antibiotic pipeline on an annual basis and analyzed the access and availability panorama for low and middle income countries. This will help to focus research and development on the priority needs for diagnostics and to formulate models to help countries set priorities in the search for new vaccines to fight resistance-associated pathogens or with high levels of antibiotic consumption.

Organizations have also developed self-assessment surveys of the AMR country (TrACSS) which are conducted each year since 2016 to monitor progress in developing and implementing national action plans for AMR.

The WHO has established the global antimicrobial resistance surveillance system (GLASS) and a global monitoring system for antimicrobial consumption. By October 2019, 78 countries had signed up for GLASS.

The second GLASS report published in January 2019 showed emerging forms of antimicrobial resistance, against which there are currently few treatment options.

Finally, WHO and DNDi (Drugs for Neglected Diseases Initiative) co-founded research for the development of global antibiotics (GARDP) in May 2016. GARDP’s current focus is on developing new or improved antibiotic treatments for addressing drug-resistant infections in children, infants with sepsis and sexually transmitted infections, with the integration of sustainable access strategies.