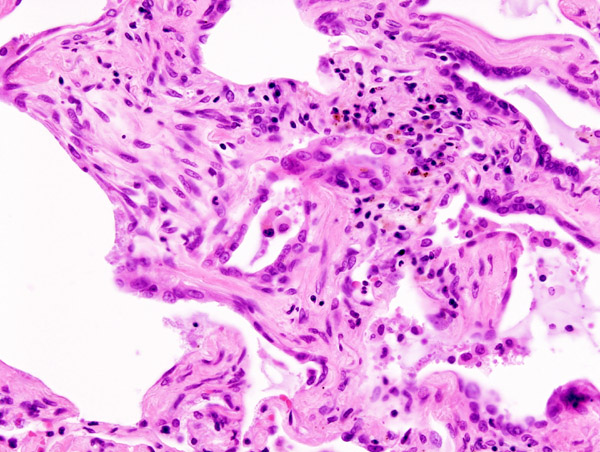 Scientists attending a recent meeting of the American Society for Microbiology reported they had uncovered a highly disturbing trend. They revealed that bacteria containing a gene known as mcr-1 – which confers resistance to the antibiotic colistin – had spread round the world at an alarming rate since its original discovery 18 months earlier. In one area of China, it was found that 25% of hospital patients now carried the gene.

Colistin is known as the “antibiotic of last resort”. In many parts of the world doctors have turned to its use because patients were no longer responding to any other antimicrobial agent. Now resistance to its use is spreading across the globe.

In the words of England’s chief medical officer, Sally Davies: “The world is facing an antibiotic apocalypse.” Unless action is taken to halt the practices that have allowed antimicrobial resistance to spread and ways are found to develop new types of antibiotics, we could return to the days when routine operations, simple wounds or straightforward infections could pose real threats to life, she warns.

That terrifying prospect will be the focus of a major international conferenceto be held in Berlin this week. Organised by the UK government, the Wellcome Trust, the UN and several other national governments, the meeting will be attended by scientists, health officers, pharmaceutical chiefs and politicians. Its task is to try to accelerate measures to halt the spread of drug resistance, which now threatens to remove many of the major weapons currently deployed by doctors in their war against disease.

The arithmetic is stark and disturbing, as the conference organisers make clear. At present about 700,000 people a year die from drug-resistant infections. However, this global figure is growing relentlessly and could reach 10 million a year by 2050.

The danger, say scientists, is one of the greatest that humanity has faced in recent times. In a drug-resistant world, many aspects of modern medicine would simply become impossible. An example is provided by transplant surgery. During operations, patients’ immune systems have to be suppressed to stop them rejecting a new organ, leaving them prey to infections. So doctors use immunosuppressant cancer drugs. In future, however, these may no longer be effective.

Or take the example of more standard operations, such as abdominal surgery or the removal of a patient’s appendix. Without antibiotics to protect them during these procedures, people will die of peritonitis or other infections. The world will face the same risks as it did before Alexander Fleming discovered penicillin in 1928.

“Routine surgery, joint replacements, caesarean sections, and chemotherapy also depend on antibiotics, and will also be at risk,” says Jonathan Pearce, head of infections and immunity at the UK Medical Research Council. “Common infections could kill again.”

As to the causes of this growing threat, scientists point to the widespread misuse and overuse of antibiotics and other drugs and to the failure of pharmaceutical companies to investigate and develop new sources of general medicines for the future. Western doctors are over-prescribing antibiotics to patients who expect to be given a drug for whatever complaint they have. In many countries, both land and fish farmers use antibiotics as growth promoters and indiscriminately pour them on to their livestock. Drug manufacturers also often do not dispose of their industrial waste appropriately. In the latter case the end result is antibiotics leaching into streams and rivers with alarming results, particularly in Asia.

The creation of these soups of antibiotic-laden waters and banks of drug-soaked soils is ideal for the development of “superbugs”. Rare strains that are resistant to antibiotics start to thrive in farm animals that are raised in these artificial environments and emerge as highly potent infectious agents that then spread across the planet with startling speed. Examples of these include tuberculosis, which was once easily treated but which, in its modern multi-drug-resistant form, known as MDR-TB, now claims the lives of 190,000 people a year.

Another even more revealing example is provided by colistin. “Colistin was developed in the 50s,” says Matthew Avison, reader in molecular biology at Bristol University. “However, its toxic side-effects made it unpopular with doctors. So it was taken up by vets and used in animals. But as resistance – in humans – to other antibiotics has spread, doctors have returned to colistin on the grounds that it was better than nothing.”

But the antibiotic’s widespread use as a growth promoter for poultry and pigs in Asia had – by this time – encouraged the evolution of resistant strains and these have now spread to humans. “Colistin was a drug we discarded and gave to the vets and now, all of a sudden, we expect that we can take it back again,” said Avison. “However, the genie is already out of the bottle.”

The position is summed up by Lance Price, an antibiotic researcher at George Washington University in Washington DC. “Superbugs are gaining strength because we continue to squander these precious medicines through overuse in human medicine and as cheap production tools in animal agriculture.”

Bans on the agricultural use of antibiotics like colistin are being imposed in Asia but have come far too late to be effective, a problem acknowledged by Lord Jim O’Neill, whose report to the UK government on antimicrobial resistance was published last year. “When we were putting our report together, colistin resistance was considered to be a problem that would not affect us for some time. Now we find it has already spread all over the place.”

The report that was overseen by O’Neill – who will be speaking at this week’s conference in Berlin – put forward a number of proposals to stop antibiotic resistance from overwhelming health services. In particular, it argued that drug companies should now foot the bill for the development of new antibiotics and that patients should not be allowed to get them without a test to ensure they are needed.

“I find it incredible that doctors must still prescribe antibiotics based only on their immediate assessment of a patient’s symptoms, just like they used to when antibiotics first entered common use in the 1950s,” O’Neill said in the report, adding that the development of rapid diagnostic tests on patients – which would establish whether an antibiotic was necessary and, if so, which kind – must now be an urgent priority.

The proposal – to be debated at the conference this week – is popular, although Professor Alastair Hay of Bristol University counselled caution. “It is a very good idea, but we should note that a new type of diagnostic test like this will also add time and work for our already overburdened health service,” he points out.

Then there is the issue of travel, one of the biggest problems we face over the spread of antimicrobial resistance, according to Davies, who has spearheaded Britain’s part in the battle to fight its spread around the world.

“One Swedish study followed a group of young backpackers who went off on holiday to different parts of the world. None had resistant bacteria in their guts when they left. When they returned a quarter of them had picked up resistant bugs. That shows the pervasive nature of the problem we face,” she said.

Tourism, personal hygiene, farming, medical practice – all are affected by the issue of antibiotic resistance, and it will be the task of the conference to highlight the most effective and speedy solutions to tackle the crisis.

“In the end, the problem posed to the planet by antimicrobial resistance is not that difficult,” says O’Neill. “All that is required is to get people to behave differently. How you achieve that is not so clear, of course.”