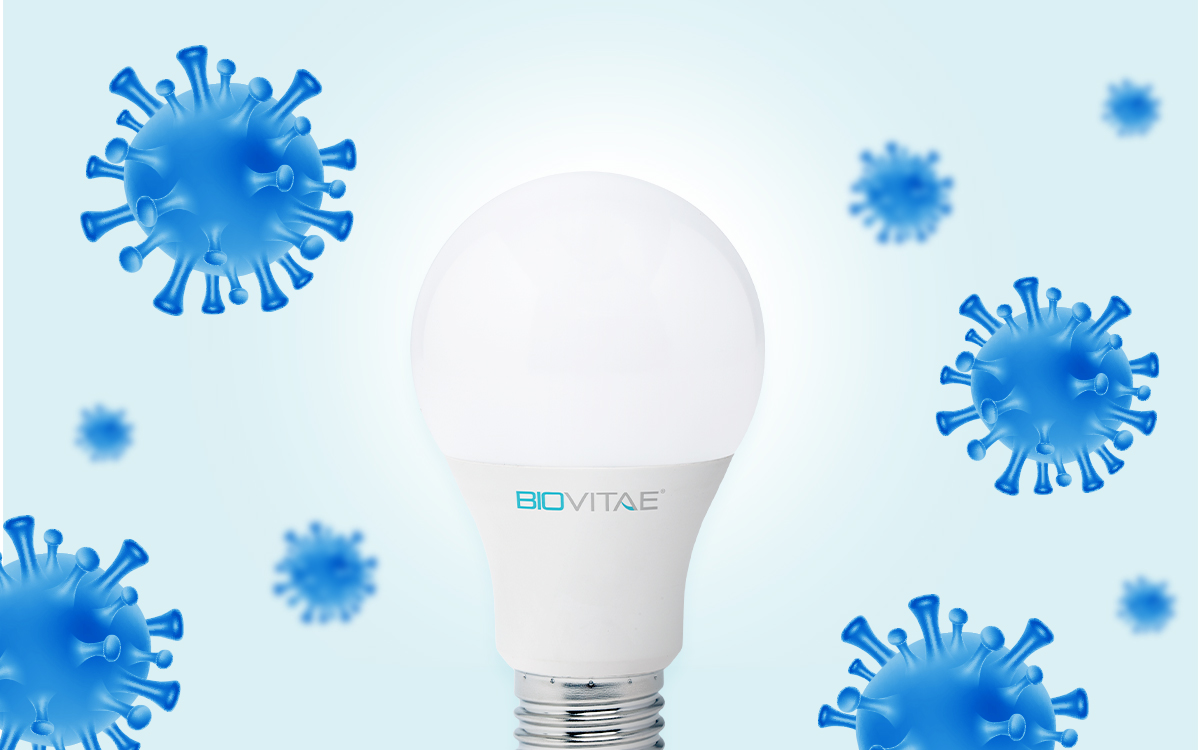 The peer-reviewed article on the results of tests carried out by the Celio Military Scientific Department on Biovitae has been published in the Journal of Photochemistry and Photobiology. It is the world’s first scientific publication on the efficacy of the visible spectrum frequencies on SARS-CoV-2 The Journal of Photochemistry and Photobiology published the article entitled “Rapid inactivation of SARS-CoV-2 with LED irradiation of visible spectrum wavelengths” relating to the multicenter study carried out by the military laboratories of Italy, Germany and Sweden. The results showed a significant reduction – up to 99.8% – through the irradiation of SARS-CoV-2 with the special combination of visible spectrum wavelengths (LED no UV) emitted by Biovitae.

This is the world’s first peer-reviewed scientific publication on the efficacy of the visible spectrum frequencies on SARS-CoV-2 which surpasses knowledge on the ability of light frequencies to eradicate viruses and bacteria, hitherto mainly concentrated on ultraviolet (UV) wavelengths, known to be harmful to humans.

Biovitae is the only no-UV sanitizing LED light that emits a special combination of frequencies within the visible spectrum that is effective on bacteria and viruses. It creates safer environments, guaranteeing the continuous sanitization of schools, hospitals, homes, workplaces and public spaces, in a totally safe way and without integration limits thanks to its compatibility with the most common lighting devices. Biovitae can be used without limitations – as opposed to UV – in the presence of people and animals.

Biovitae’s ability to reduce viral and bacterial loads within environments can play a crucial role in the fight against the pandemic and, more generally, in preventing infections and can further mitigate the environmental spread of SARS-CoV-2 reinforcing the effects of other preventive measures, such as social distancing, hand washing and the use of masks.

Read the article on Fortune >

[London: 11 May 2021]  from:https://healthandsafetyupdate.co.uk/2021/05/11/molex-unveils-revolutionary-light-sanitisation-technology-to-improve-everyday-life-molexces/ Global supplier of advanced electronic components and solutions, Molex, has…